Carlos Marin- What Is Your Identity?

In the past 30 years working with people I have seen a repetitive phenomenon that occurs in the life of every single person on the planet. This is nothing more than the way each one of us views our self, our talents, skills, capabilities and potential. There is nothing more powerful than changing your self-concept. The difference between a wealthy man and a poor man, a healthy person and a sickly person, or a successful person and a mediocre one boils down to the beliefs they have about who they are. This is their self-concept, or what I call identity. A change in identity will change your entire life instantly! 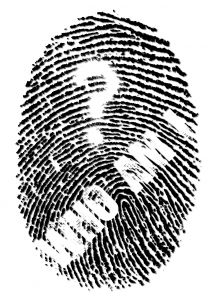 One of the biggest epiphanies I’ve ever had was when I started learning about my identity.  Up until that point I had studied about self-image but believed it was really a mask worn to show people who we want them to think we are. Identity, however, is your self-concept, who you believe you are when you’re alone and naked inside your own mind.

When I realized that by understanding who I was currently, and then deciding who I was committed to be, I could purposely change my own identity, it transformed my life.  I went from doing well financially to having a spectacular life-style.  Plus, I increased my marketing organization from 10,000 entrepreneurs to over 400,000 in four years!

Your Identity determines what you dare to desire, what you believe and what you’ll do in your life. It defines the realm of the possible and the impossible to you and your world.

For most of us, our concept of who we are was created haphazardly, almost by accident, the result of random events and stimuli, past experiences and emotional states, and the pain or pleasure we felt when they occurred.

Numerous studies have been done with school children whose teachers were told that one group of children was special and gifted and another group were slow learners, when in fact, they were all at the same level.

At the end of several months, the “special” children exhibited tremendous learning capabilities while the slow learners learned slowly.  The only difference was the teacher’s expectations of the children’s abilities.

In my years in network marketing, I witnessed thousands of identity transformations as I brought in successful entrepreneurs to share their success stories with my organizations in seminars and conventions.  They spoke about their personal struggles, where they were when they started in business, and their financial, emotional and relationship challenges.

There were gut-wrenching stories, but when they told how they overcame the challenges and struggles, people related and identified and said YEAH! If they can do it, I can do it.

Today, I understand that the real power behind it was that all along people’s identities were changing and expanding.  They saw that real people like themselves, not movie stars or sports figures, but normal people, could overcome bad relationships, unhappy childhoods, poor self-images, past failures and negative conditioning and win big in life.

This very same process is the one I went through in my own life.  Due to past conditioning, I had to overcome fear of failure and fear of rejection, which resulted in procrastination and lack of consistent action.

The first time I went through the process I’m going to teach you in the next several articles, I quadrupled my income in less than a year and within two years was earning ten times as much. And that was only the beginning.

Watch for the following article where I’ll show you some things that’ll really open your eyes and help you jump to a new and better place in life really fast! Until then…

Please leave me your comments and questions below and share this post with everyone you care about. Also become a partner in my empowerment community at http://facebook.com/carlosmarinlive and promote it to everyone you love and care about. The world needs YOU and your contribution so we can help millions of people raise their consciousness and get free in 2012! God bless and live your passion…

Powerful, powerful words! Thank you for sharing your knowledge. I’m better today than yesterday; but, not as good as tomorrow!

Vanina, you keep going girl. God made you to win and succeed in everything you do!