How to harness the Power of Luck! 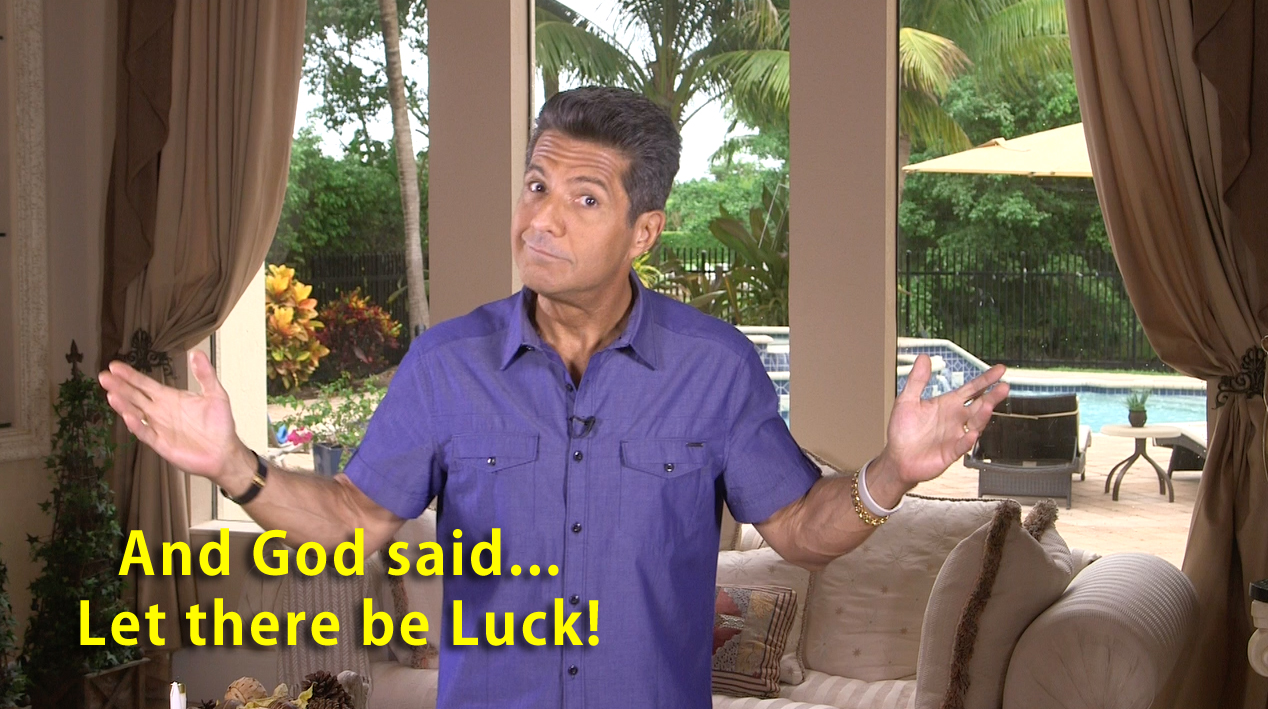 Welcome to Your Unlimited Life, I’m Carlos Marin, author of The Ultimate Success Formula and creator of The Unlimited Success Academy. Last week I loved our show! We had a great show where we talked about the mindset that creates luck. However, there were a lot of people out there who must have not watched the video or didn’t read the article because I started getting these comments like:  “There’s no such thing as luck!”  “God is the one who gives and God is the one who takes, and there is no such thing as luck.”

Obviously, they didn’t if they said that. I know there’s plenty of people who read the article, watched the video because I got a lot of great comments too. However, as I look at this stuff, I see people who comment on stuff without even reading the article, just looking at the title of the post, never watched the video, maybe never even bothered to take the time to just scan the article. With that being said, I’ve got to comment on this because this is one of my pet peeves. I love it because people sit there all the time complaining, whining, moaning and groaning about why they’re not successful and why they’re not where they want to be in life and then try to take all these shortcuts. They’ll end up talking about their opinions on things that they have no earthly idea what they’re talking about.

So, I’ve got to comment on this one, okay? Here it is, because this is going to take your understanding. If you’re paying attention, watching the video or reading the article, this is going to take your understanding to a whole new level. While God may not have made such a thing as luck, God did make and did create the principles and the laws that human beings interpret as luck, okay? So, think about this for a second. This universe works in perfect order according to law. Who made that law? A supreme being, right? I choose to call him God, infinite intelligence or infinite mind – whatever you want to call it. But that infinite knowingness, that infinite mind, that infinite intelligence created all things with order and in order therefore there are laws that govern the entire cosmos, the entire universe.

The master law that governs all laws is called the law of belief. In older times (in Hermetic law) they called it the law of mind or the law of mentalism. “The all is mind. The universe is mental.” All this conjunction of laws: law of correspondence, law of polarity, law of vibration, law of rhythm, law of cause and effect, law of gender, all of these things work in correlation with each other, with themselves based upon this thing that we call belief. So what is belief? It is the power that God (or infinite mind) used to create the entire universe and we, who all of the holy scriptures say we are made in the image and likeness of God, use the same power to manifest in our world. So, what does being made in the image and likeness of God mean?

That means that we were made within that mind to utilize the same powers to create in our world. That power that God used to create is called belief and that is the same power that you and I have in order to create in our worlds and our lives. There was a book written years and years ago by a guy by the name of Claude Bristol, The Power of Belief. This guy studied all of the different things that people attribute to as the cause of results. He studied religions. He studied white magic, black magic, voodoo, even witchcraft. He looked at everything. He looked at affirmations, clairvoyance, he even looked at rabbits’ foots, lucky horseshoes and everything else we attribute to producing results. He saw that a lot of those things or most of those things worked in some context.

Now, do you really think that a rabbit’s foot or that a horseshoe gives you luck or that witchcraft works? I don’t. I know that the reason in some circumstances and instances they work is because of the belief that we invest in the agency. The law of life is the law of belief. I know I get a mouthful sometimes from some of my Christian buddies but I got to be honest when I tell you I’ve read the book cover to cover. I’ve studied it in-depth for many years and Jesus said that without faith it is impossible to please God.

Now, what is faith? Faith is a very strong unshakable belief, right?
He said, “According to your faith, it is done unto you. According to your belief, it is done unto you.” He said, “Whatever you desire, when you pray, believe that you receive it, and you shall have it.” We can go in The Old Testament, The New Testament or we can go into other sacred scriptures and you will see this theme. You will see this consistency running through all of it. The law of belief is what causes things to manifest in our world.

The problem with most of us is simply that we don’t have any earthly idea what we believe because those beliefs have been conditioned in us from such an early age and that’s a lot of what I talk about in The Ultimate Success Formula, my book, in My Unlimited Success Academy, my premier online program and live event. I teach people how to understand what they believe subconsciously and utilize certain principles and strategies to change those beliefs so that those beliefs serve them instead of work against them.

Check your beliefs and I guarantee you the results you’re getting in your life (law of correspondence) the beliefs that you have are going to be producing results that are congruent or corresponding to those beliefs. You want to create your own luck? You can make your own luck! Develop beliefs that support you, empower you and help you to create the life of your dreams. Share this show. Share this show with people that you care about, with people that you want to see succeed in life and join us on our mission to transform the lives of millions of people around the world, helping them to understand that you can be and do and have anything that you want. Just find someone who’s already done it, model their belief system, model their strategies and you can have it too. Until next week, God bless and live your unlimited life.

Previous Post Episode 43 How to harness the Power of Luck! Next Post How to Quiet the Inner Critic