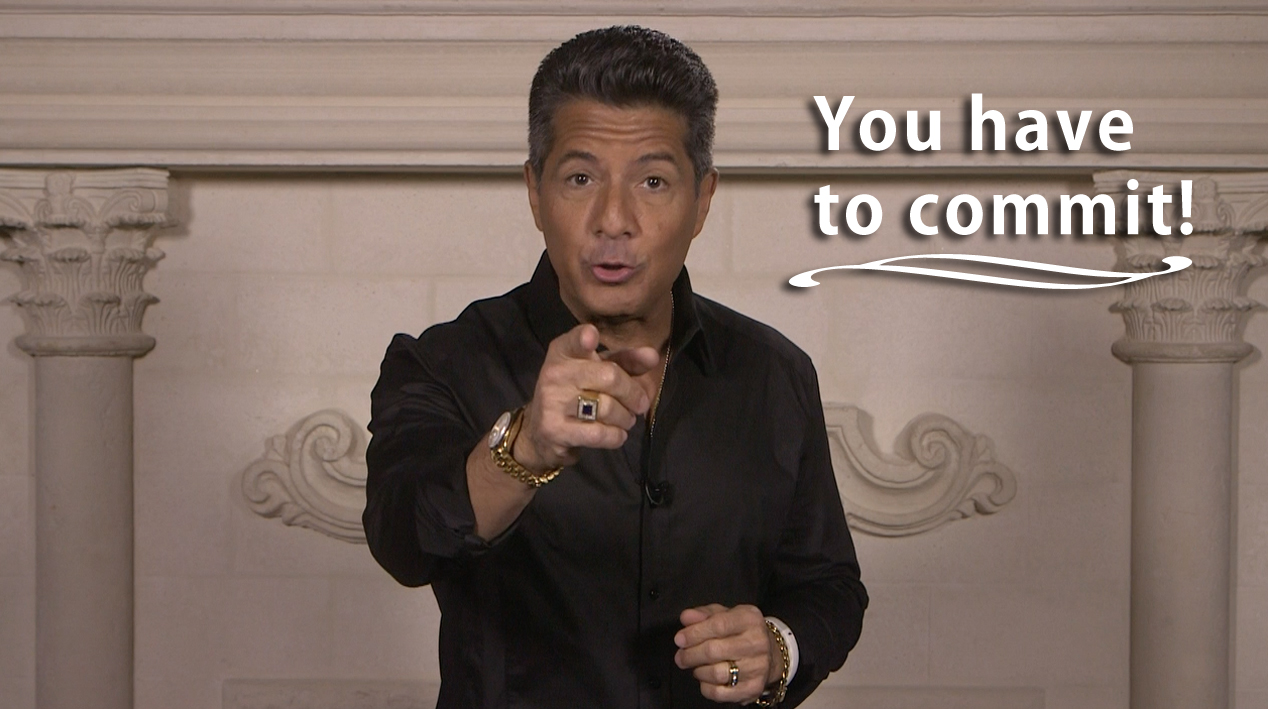 Welcome to Your Unlimited Life! I’m Carlos Marin, author of The Ultimate Success Formula, founder of and The Unlimited Success Academy. I believe that you can be, do and have anything you want if you develop the mindset and use the strategies of the person who already is it, has it and does it. Most of us just haven’t been taught how to do that, and since you don’t know how to access that power yet, I’m going to show you!

Over the last couple of shows we’ve been talking about the seven key mental states (or characteristics) of millionaire entrepreneurs. Considering I’ve been working with entrepreneurs for the past 30 years, I know that the number one goal entrepreneurs always have for themselves is to become a millionaire. My purpose over the course of these seven weeks is to show and share with you, one of those habits, one of those key mental states every week, so that you can master them for yourself and use them in your life to produce the results that you want.

Here’s a quick overview: first key, week number one was clarity of vision. You must know with absolute clarity what it is that you want, where you’re going, what kind of lifestyle that you want and what you want to do with your life. Key number two, you must have complete love for what you do. You have to be passionate about it! If you don’t have the passion and love what you do, you’ll never sustain the intensity required for major success.

Today, we’re going to talk about key number three! It’s a mental state that’s often talked about, but rarely understood, and happens to be one of the biggest keys to success. I’m talking about commitment. Commitment means an irrevocable decision. The word decision comes from the Latin root “DeCaedare” which means to cut away from any other possibilities.

Today, people change their decisions like they change their underwear, so we have a little difficulty when the word decision is brought into the picture. People are changing their mind all the time! When you use that word commitment, which means a really irrevocable, super strong, no-going-back decision, that stands out a little differently to people. I use the word commitment versus the word decision because it’s stronger.
It reminds me of the story of the great general that goes to a foreign land to fight the enemy. (I’m not “for war” or people killing each other, but it’s an inspiring story that makes a point.) This general is in a foreign land with his soldiers, and they’re preparing to fight. The general orders his men to burn their ships. Once they’ve taken the general’s orders, the soldiers are looking at the ships burning in the harbor, and they’re thinking to themselves, “We’re never going to see our loved ones again, unless we win and take their ships to go back to our homeland.” That is commitment – that burning-the-ships, cutting away from any other option, cutting away from any retreat. There is no retreat! Do you think they won? Well, of course they won! That commitment put them in a position of fighting stronger and going above and beyond, because they knew they simply had to win. There was no other option. If not, it was all over. They would never see their families again. This is the power of selling out to a dream. This is the power of “I’m going to get it or I’m going to die in the process” kind of mindset.

Commitment is exactly what turns wanting into full-blown expectancy. What you intend and what you have an expectancy to accomplish, is what you embody. It’s what you become. It’s what you see and feel yourself as being, and so that very thing creates persistence and tenacity. It’s a refusal to give up. It’s a refusal to quit. In essence, it gives you the ability to know the future in advance, because since you are fully committed, you fully intend to get the end result and you have full expectancy of attaining that goal. You have a peaceful inner knowing that it’s done. You know it’s just a matter of time so you literally go about your work with a peaceful inner knowing, knowing that the future is guaranteed. You already know the end result. That gives you confidence because you know you only have to put in the steps, the time and the work.

In my own story, when I was struggling in business, the first several years when I got involved in a network marketing business, it was two steps forward and three steps back. I was constantly asking myself, “Is this ever going to work for me?”
I mean I was progressing, learning and advancing, but I wasn’t advancing at the speed that I wanted to. So I went to this leadership seminar. This was for leaders, people that had qualified at a certain level already in the business in order to be able to go,

I am at this event, and I see this young guy. He was very cocky, confident, and dynamic. He’s standing on the stage and he’s saying, “The only reason that I’m here and you all are not is because you haven’t sold out to your dream. You all are out there running around like there are 18 other options for you, but you need to understand that in order to have this kind of lifestyle and to live this dream, there are not 18 other options. You have to sell out to your dream. You have to get 125% committed to this and shut any other options from out sight.” It was almost like he was speaking to me because I was indeed looking at doing it this way, that way, with this option, that option, and I hadn’t sold out yet. I was negotiating the price of success.

There was a huge transformation that happened in me, because when you make that commitment, when you make that “DeCaedare” decision that cuts you away from all other options, it’s like all this weight is taken off of your back. You’re transformed. All of a sudden, I knew that it was going to happen. I just had to put in the work, and the faster I did it, the faster it would happen. I began acting in faith. 28 months later, I hit my goal. I became a millionaire. I was even introduced as one and spoke before 14,000 people in the coliseum in Charlotte. My dream had been achieved.

You may listen to this and think to yourself, “Man, this seems too easy. This seems fantastic. I mean, how can it be that simple?” I must tell you from experience that these characteristics, these habitual patterns of thought (call them whatever you want to call them) produce fantastic results almost like magic. You don’t know until you try it! You don’t know until you do it for yourself because in commitment there is no trying. There’s only doing.

Every millionaire entrepreneur has consciously or unconsciously used this principle, as well as all these others ones that I’m teaching you which are critical in order to create the results, the success, the wealth, the riches that they have in their life. These seven success secrets of millionaire entrepreneurs are something that you need to master, dominate and incorporate into your life. Utilize them to produce the results that you want. Remind yourself of this one often and just really get in tune and line up with this principle of commitment. Use it to transform your life just like magic.

Share this show with five people you love, five people that you know that want to be millionaires. Share the love! Help me on my mission to empower millions of people to know their true power and greatness, be free, and live their highest vision in life.

If you haven’t already done so, subscribe to my YouTube channel. Share it with others so you can all watch all of these shows in one central location, free and easily every single week. It’s http://youtube.com/carlosmarintv. Until next week, live your unlimited life, and God bless!